This has become very necessary as several aspirants of the 2019/2020 WAEC examination have been trooping into our website for WAEC guide and asking us several other questions concerning the syllabus for WAEC History to help them prepare. 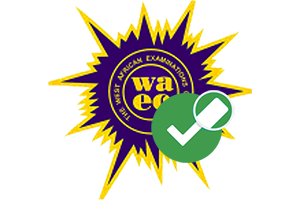 However, we at O3SCHOOLS have prepared all that you need concerning the WAEC Syllabus for History for 2020/2021 and all the guide you need to pass WAEC at once.

Right here, Right now on this site, you shall get all the information you have been searching for concerning “WAEC Syllabus For History 2020/2021 | Download WAEC Syllabus 2019 PDF Here”.

The Secret To Write And Pass WAEC,GCE & NECO At Once.

The syllabus will test candidates’

(a) knowledge of their national histories from earliest times to 2000 with emphasis on the relationship between the peoples and states;

(b) intellectual capacity and skills of historical interpretation and analysis;

(c) ability to use acquired skills in relating the past to the present;

(d) appreciation of factors that make for national unity and global understanding;

(e) exposure and appreciation of the similarities and differences in the National, social and political institutions;

(f) knowledge of the main historical developments in West Africa from earliest times to 2000;

(g) ability to relate events in their country and West Africa to those of the outside world;

To achieve these aims, the examination shall consist of two papers, Papers 1 and 2; both of which must be taken.

PAPER 1 will cover West Africa and the Wider World from the earliest times to 2000.

PAPER 2 will be on the national histories of The Gambia, Ghana, Liberia, Nigeria and Sierra Leone from the earliest times to 2000.

There will be two papers – Paper 1 and Paper 2, both of which must be taken. The papers will be composite and will be taken at one sitting.

PAPER 1: This will be a multiple-choice objective test of fifty items. Candidates will be required to answer all the questions in 1 hour for 40 marks.

PAPER 2: This will be a 2 hour essay type test containing sets of questions on the histories of member counties. Each set shall be made up of three sections, Sections A, B and C.

Candidates will be required to answer questions on the countries in which they are taking the examination ie their home countries. They will answer four questions in all, choosing at least one question from each section. The paper will carry 60 marks.

PAPER 1: For all candidates

WEST AFRICA AND THE WIDER WORLD FROM EARLIEST TIMES TO 2000

What is History and why do we study History? Sources of History; Historical skills (ancient and modern approaches); Prospect of ICT in historical studies.

Origin, organization and the effects on the development of West African states.

The suppression of slave trade. Christian Missionary activities and their impact on West Africa

7. The Scramble for and Partition of West Africa

Patterns of colonial rule, consolidation of European culture in Africa, colonial economy and the underdevelopment of Africa: colonial Africa and the two World Wars.

PAPER 2: NATIONAL HISTORIES OF THE GAMBIA, GHANA, LIBERIA, NIGERIA AND SIERRA LEONE UP TO 2000

THE GAMBIA (For candidates in The Gambia only)

SECTION A: THE GAMBIA FROM EARLIEST TIMES TO 2000

What is History and why do we study History; sources of History; Historical skills (ancient and modern approaches); Prospect of ICT in Historical Studies.

2. Origin, political, social and economic organization of the following:

5. Introduction, spread and effects of Islam.

6. The Gambia and the trans-Atlantic slave trade:

SECTION B: THE GAMBIA IN THE 19TH CENTURY

7. Suppression of the slave trade and its effects

8. The founding of Bathurst (Banjul)

9. Christian Missionary activities and their impact

Indirect Rule and the role of traditional rulers

13. Economic and social developments in the colonial period

(i) agriculture; attempts at diversification,

15. The struggle for and regaining of independence

(i) Emergence and role of trade unions and political parties,

(i) attempt at national government,

GHANA (For candidates in Ghana only)

SECTION A: LANDMARKS OF AFRICAN HISTORY (FROM EARLIEST TIMES TO 1800)

a) History as a subject of study

b) Sources of African History

a) Hunters and gatherers, etc.

b) Beginning of village/community life.

WAEC Syllabus For History | 4. Civilizations of the Horn, East and Central Africa

(a) General characteristics of West African Sudanese states and kingdoms:

SECTION B: GHANA AND THE WIDER WORLD; FROM EARLIEST TIMES TO AD.1900

6. Introduction to the History of Ghana

(a) Sources and Methods

WAEC Syllabus For History | 7. The peopling of Ghana

(a) Peoples of Ghana

(b) The rise of states and kingdoms: General characteristics i.e. factors for rise, attainment level etc.

8. Social, Cultural, Political and Economic Developments in Ghana in the Sixteenth Centuries

(b) Changing patterns of trade: AD1500- 1900: (i) trade with Europeans- gold, ivory etc. (ii) Atlantic slave trade- nature volume and contributions to the development of the Americas, (iii) effects of slave trade on Ghana;

(c) The Scramble for and partition of West Africa. (i) causes (ii) Berlin Conference (iii) major recommendations. (iv) the effects on West Africa.

(a) Activities of the Christian missionaries: (i) opening of churches and setting up of schools and colleges. (ii) establishment of medical facilities (iii) literacy work: translating the Bible into local languages, providing dictionaries, reducing local languages into writing etc. (b) Political Developments: (i) Effects of European presence on local politics (ii) The Bond of 1844 (iii) Aborigines Rights Protection Society.

(b) Social and Economic Developments:

(vii) timber and other forest products.

(a) The Nkrumah Era

– development of one party state. (iv) The fall of Nkrumah regime;

(i) causes of rapid changes of government

WAEC Syllabus For History | 13. Ghana in the Comity of Nations

(a) Contributions, benefits and challenges of Ghana’s membership of

(For candidates in Liberia only)

WAEC Syllabus For History | SECTION A: LIBERIA FROM EARLIEST TIMES TO 1800

What is History and why we learn history; sources of History; historical skills (ancient and modern approaches); prospect of ICT in Historical Studies.

2. Land and People a. Main geographical zones of Liberia

3. Migration a. Migration due to war, pestilence, drought, overpopulation. b. Introduction, spread and effects of Islam.

WAEC Syllabus For History | SECTION B: LIBERIA IN THE 19TH CENTURY

7 The effects of Colonization movements on Liberia. a. The coming of migrants from the USA, the Caribbean and the Recaptives to Liberia. b. The establishment and administration of settlements by the American Colonization Society and other Organizations. c. Christian missionary activities and impact.

8. The formation and significance of the Commonwealth of Liberia: a. Problems, conflicts and cooperation between the settlers and indigenous people. b. Territorial expansion and its effects.

10. Liberia’s relationship with the outside world: – Diplomatic recognition by Britain, France etc.

a. Encroachment by the British and French beyond the agreed colonial boundaries. b. Expansion into the interior

12. Political Development a. The roles of Presidents David Coleman and Arthur Barclay. b. The origin and development of political parties up to 2000. c. Exportation of labour; the Fernando Po crisis, intervention of the League of Nations.

NIGERIA (For candidates in Nigeria only)

WAEC Syllabus For History |SECTION A: NIGERIA FROM EARLIEST TIMES TO 1800

What is History and why we study History; sources of History; Historical skills (ancient and modern approaches); Prospect of ICT in Historical Studies

2. Land and peoples of Nigeria:

(a) Contact with North Africa: trans-Saharan trade, Islam(Borno and Hausaland) and impact (b) Early European contact with coastal states; trade, Christianity and impact

7. Nigeria and the trans-Atlantic slave trade

WAEC Syllabus For History | SECTION B: NIGERIA IN THE 19TH CENTURY

Establishment, administration, relations with its neighbours and impact of the Sokoto jihad on Nigeria

The emergence of El-Kanemi, developments under El-Kanemi and Shehu Umar, development under the later Shehus, the fall of Borno.

Origin of nationalism, nationalist movements after the Second World War, the road to and the attainment of independence.

SIERRA LEONE (For candidates in Sierra Leone only)

WAEC Syllabus For History | SECTION A: SIERRA LEONE FROM EARLIEST TIMES TO 1800

What is History and why do we study History; sources of History, Historical skills (ancient and modern approaches); Prospect of ICT in Historical Studies.

2. Origin, political, social and economic organization of the following:

6. Introduction spread and effects of Islam.

WAEC Syllabus For History | SECTION B: SIERRA LEONE IN THE 19TH CENTURY

8. The founding of the settlement colony of Sierra Leone to the declaration of the Crown Colony.

9. The emergence of the Krio and their subsequent decline

10. Christian Missionary activities and their impact

11. The role of the colonial government in contacts between the colony and the hinterland.

12. The activities of Samori Toure in Sierra Leone

13. Declaration of the Protectorate and the Hut Tax War

14. The administration of the colony and constitutional developments up to 1947

15. The administration of the Protectorate:

Indirect rule and the Protectorate Assembly

16. Economic and social developments in the colonial period

17. Political and constitutional developments from 1947 to the regaining of independence in 1961.

19. Sierra Leone and the

You Can View The WAEC syllabus For History Below