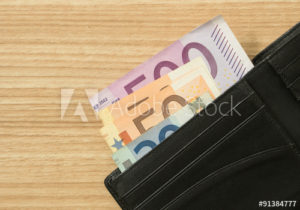 Western Union Money Transfer is about the best medium to send and receive money from other countries.

If you have ever wondered how to go about sending and receiving money the way you deem fit anytime via Western Union Money Transfer, then this post is for you.

It will serve as both a technical and complete step by step means of going about it the easy way.

Western Union Money transfer process is as easy as ABC.

Although , some persons think it to be very difficult.

This may be due to the fact that they may not have ever even given it a try before.

Furthermore, this may be attributed to the fact that they really don’t someone who sends them cash via the medium.

But of course, it is advisable to the armed to the teeth in case where you find yourself needing it.

Today, you and I will take a look into how to send and receive money via western union Money transfer.

More so, this exclusive article will be divided into two parts namely;

After the information rich package you and I will go through in a bit, to send and receive money via western union money transfer will be easy for you just like 123…………

Another important thing you need to know before e we begin is that western union money transfer has agent banks.

What I mean is that not all banks can send and receive money via this medium in Nigeria.

Therefore, I will quickly list all the agent bank western union Money Transfer operates with below.

Banks That Operate With Western Union

This therefore means that you can’t send and receive money via standard chattered Bank when it comes to western union.

Nevertheless, western union has been growing and your favorite bank may just be the next agent bank.

The official website for western union is www.westernunion.ng but I will quickly delve into this discussion proper now.

How To Send Money Via Western Union

The following instructions should be followed keenly for a successful western union money transfer.

Therefore, fill all the relevant information ranging from;

At this point, you will be asked to present a Valid Identity card/means of identification.

By valid here, they mean an Identity card recognized and approved by the government.

You can submit any of the following;

Any of the four above will be duly accepted by any of the agents banks attending to you.

Then you pay the amount you want to send.

From the meaning, it simply means a number that can be used for clearing purpose.

After payment, you will be given a receipt for your transaction along side the MTCN.

The MTCN is what the receiver will be required to present when claiming the funds sent.

Therefore, this simply means that after collecting the MTCN, you are immediately supposed to send it to the person you are sending the funds to;.

This further means that the receiver is required to provide the MTCN before he/she can claim the transfer.

Although, the receiver will need more than only the MTCN to claim the funds.

Likewise, he/she will have to go with a valid Identity card.

How To Receive Money Via Western Union

Now that we have covered how to send, to receive won’t be much of a difficulty right?.

Lets head to it right away.

Then proceed to the bank initially chosen by the sender.

Of course, you have to go to a specified agent originally selected by the sender.

Just that in this case, you will also need to provide the MTCN given to you by the sender.

Likewise, you will have to give the security test question and answer provided by the sender.

This means all this needs to be gathered before approaching the agent bank.

That’s all about receiving. You can now go and spend your money (lol).

Now I will answer one Frequently asked question below.

Can I Collect Money Via Western Union Using My School Identity Card?

Of course, during the course of this article, I gave an insight already.

Let me further buttress it.

The Only suitable answer for the nice question is NO.

The central Bank has stipulated that School Identity cards are not allowed when receiving money via Western Union Money Transfer.

Of course, the only acceptable form have been listed already.

That’s all on how to send and receive money via Western Union Money Transfer.

I hope this article helped.

I will appreciate if you share it to others.