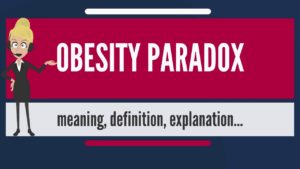 Have you ever heard about “The Obesity Paradox”? You haven’t? Do you even know what obesity is? If you are thinking about people who look fat, well you might be right.

Why did I say “you might be” instead of “you are definitely right”? Well, people might perceive fat differently. It’s no mystery that people are getting fatter compared to the people in the past.

There are a few factors which can contribute to the current obesity pandemic but the majority of them can be attributed to diet and physical activity.

Generally, obesity can be defined as an excessive accumulation of fat cells which often lead to a few medical complications such as diabetes mellitus type II, cardiovascular complication, respiratory complications etc. It is not at all being fat and everything. 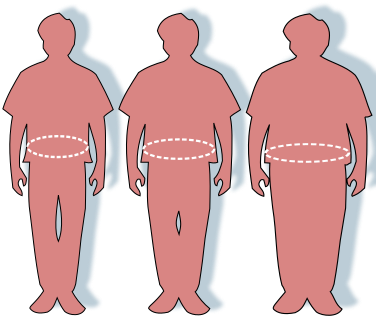 In some cultures, people usually associate fat with healthy. It’s a false correlation and in Malaysia, the word “sihat” or in English “healthy” is usually used to describe someone who is fat.

It might be a sarcastic remark but I wouldn’t know whether someone really meant what he said, so for the sake of argument, let say they meant their word literally.

The word “fat” to describe an inappropriate weight range in an obese or overweight people is also being used in one of the components of macronutrition, the dietary fat.

This has made people feel paranoid to eat any food which is high in fat.

Try asking anyone who is on a strict diet right now.

Apart from controlling portion of their foods, quite a number of them would list “avoiding fat” as a dieting strategy to combat obesity, gaining too much weight or to avoid getting cardiovascular and other related diseases. In 1958, an American physiologist named Ancel B. Keys proposed the role of dietary fat in causing cardiovascular complication.

His hypothesis was made after analysing data from 7 countries which show that, increase fat consumption equals to increase the incidence of heart disease.

The physiological significance was quite simple; if you eat more fat, you will get fat which will increase the risk of you getting a cardiovascular disease.

Even though the concept seems reasonable, his hypothesis was doubted by most of the academician due to the lack of solid evidence which could point out fat as the main culprit which cause cardiovascular complications.

One of the researchers which is involved in the Framingham study (one of the biggest studies ever conducted to investigate the risk factors of cardiovascular disease) named Dr George Mann, proposed that there is no correlation between the increasing incidence of heart disease with an increased consumption of dietary fat.

Apparently, it is quite hard to pinpoint the specific cause of obesity or even cardiovascular diseases which are quite prevalent among obese people.

People have started to realise the danger of eating too much sugar which can later be converted into a fat cell thus causing someone to become fat. Yeah, you heard that right.

Sugar also can make us fat.

There are a few hormones which are involved in the metabolism of glucose in our body and the most important one is the insulin. The topic of “how insulin can contribute to the increasing obesity pandemic” would be discussed in my next article. 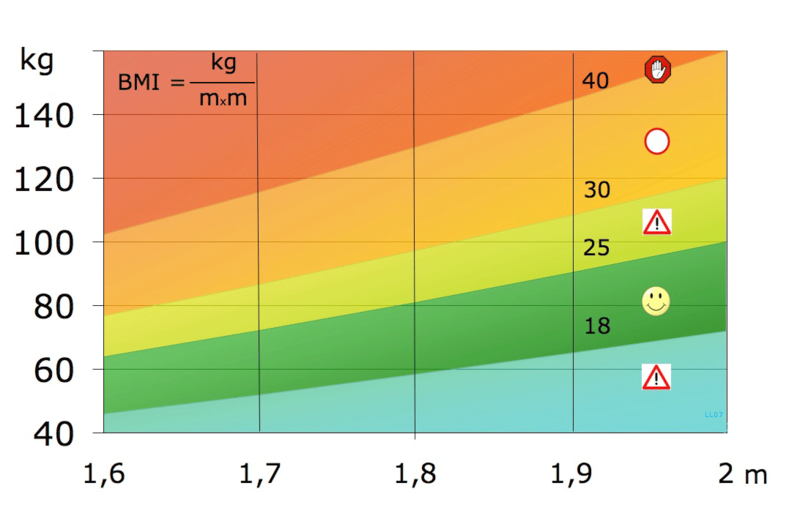 There are a lot of tools or screening tests that can be used to identify an obese or overweight individual.

The simplest one would be the body mass index calculation.

Body mass index (BMI) can be defined as the weight of an individual (in kilograms) divided by the square of height (in metres).

This is a famous equation which is usually incorporated into weighing machines which will inform us an overview of our risk of getting obesity.

Even though most of the people out there knew that BMI is not a reliable predictor of cardiovascular disease (not even the obesity itself), it’s still a useful equation which could provide an overview regarding the general health of an individual.

Generally, there are a few categories divided according to the age of an individual: This is one of the reasons why people are reluctant to lose weight to maintain a healthy lifestyle; the obesity paradox.

Losing weight is not an easy task and it would take a lot of determination, time and sometimes money to maintain an “ideal” figure which is perceived differently by each individual.

There are a few types of obesities and the most common type which is associated with an increased risk of getting chronic diseases is the abdominal form of obesity. Theoretically, people who are obese prone to get:

In 2002, a study conducted by Gruberg et al have discovered an interesting finding which contradicts with the theoretical knowledge we had about the mortality rate of the obese population compared to the normal one.

Sure, people who are obese have a higher risk to get the aforementioned diseases, but their chances of dying from those diseases were less than the normal-weight population.

Gruberg witnessed a better treatment outcome from the majority of the obese and overweight patients with coronary heart diseases compared to the normal one.

This phenomenon is called the obesity paradox as it contradicts with the previous research conducted to prove a high mortality rate (from all causes of mortality) among people who are obese. 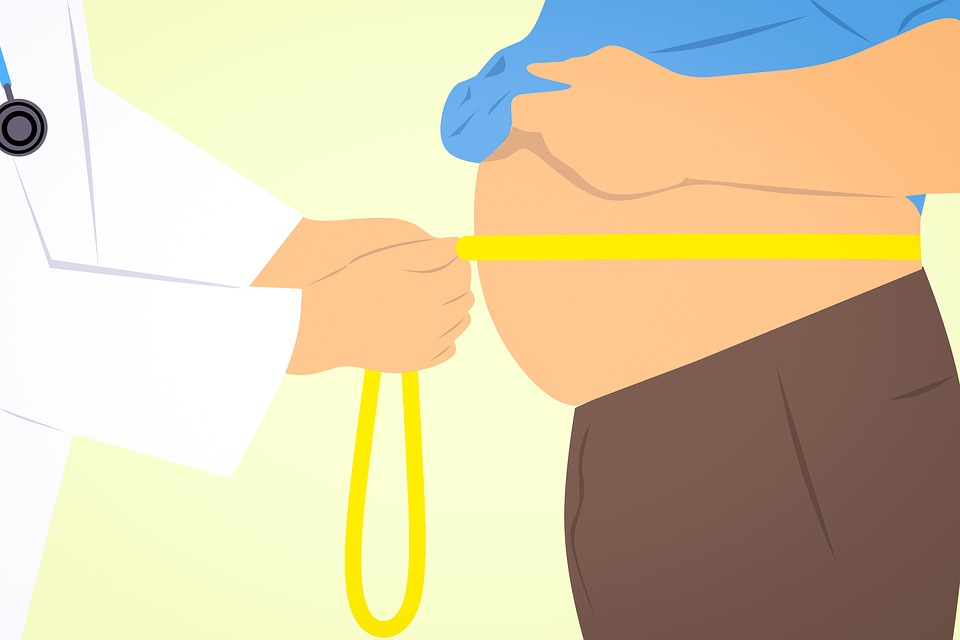 The obesity paradox doesn’t confine to just cardiovascular complications but a wide range of diseases which is seen as the potential consequences of being obese.

In 2006, 40 cohort studies were reviewed to investigate the validity of the obesity paradox.

It was found that, among 260,000 patients who are treated for cardiovascular diseases, people who are obese have a lower mortality rate compared to patients who are underweight or normal weight (they were prone to get in-hospital complications which could be fatal).

However, it was noted that people who have BMI value of more than 35 kg/m2 have the highest mortality rate among the other patients.

There are a few other situations which could demonstrate the effect of obesity on the other chronic illnesses. Let’s take a look at 3 of them: These are only some of the studies conducted in the past to prove the existence of a protective effect in people who are obese from a high mortality rate.

Even though the result of the paradox was pretty conclusive, it was worth noting that, the mortality rate is influenced by multiple factors:

In some cases, obese people were not only demonstrated a low mortality rate but also an increased in the treatment outcomes.

This has made treating patient rather difficult for a medical practitioner.

People used to believe in doctor’s advice due to the limitation in access to medical knowledge, but nowadays, with all this research being published and some can be accessed by the general public for free, people start to questions the need for them to try and lose weight to live a healthy life.

If their chances of dying from a disease will increase if they lose some weight and body mass index, then what’s the point right?

The Problem With The Obesity Paradox 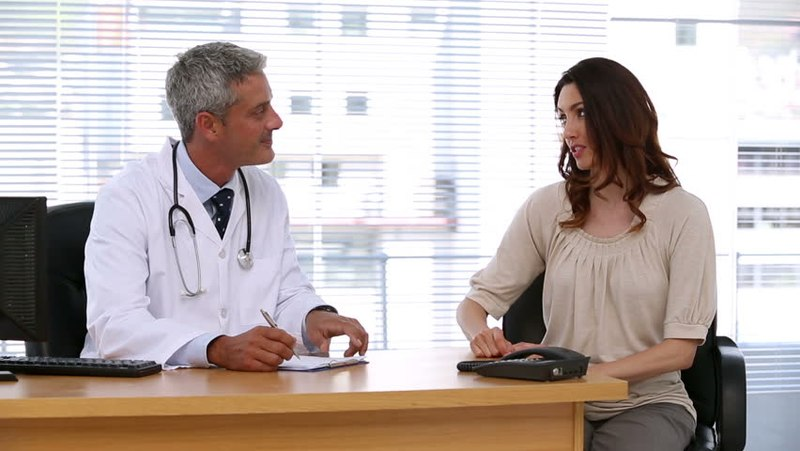 It is hard to argue with patients if they started to bring up some relevant case study which proves the benefit of being obese in lowering the mortality rate from certain diseases.

It’s difficult to see the point of being lean (normal-weight) when what we’re trying to search for is “what’s the benefit of being overweight/obese”.

The thing is studies which are conducted to investigate the effect of the paradox on chronic illnesses were abundant which make it difficult for us to convince someone to try and lose weight.

In February 2018, a paper which disapproved the obesity paradox has been published in the Jama Network of Cardiology.

Just like what I have mentioned above, people who are obese have an increased risk of getting a various form of chronic diseases which could be debilitating.

This would reduce the quality of life and if the obesity problem is not resolved by then, they would spend more years, potentially for the rest of their life with diseases. It’s important not only to consider the mortality rate but also the lifespan of an individual being disease-free.

The likelihood for an obese people to experience stroke and heart attack increase exponentially with an increase in BMI.

Middle-Aged men who are overweight are 21% prone to get a stroke or heart attack compared to middle-aged men who are normal weight. The percentage of risk increases to 67% if the patient is obese.

These data were taken from the study published in the JAMA Cardiology which involved 191,000 participants who are disease-free at first.

The obesity paradox is still within the grey area of medicine.

It is not fully understood why people who are obese have a better survival rate compared to a normal-weight population who was diagnosed with the same ailment. For now, the best advice would be “Prevention is better than cure”.

It’s a much better alternative.