The Electricity: Don’t Hold Your Breath | What Causes Electric Shock In Human Body

Today, you and I will quickly take a look at the topic “The Electricity: Don’t Hold Your Breath | What Causes Electric Shock In Human Body”.

This has become necessary as we have sen overtime that several individuals have been searching for topics related to the above topic The Electricity: Don’t Hold Your Breath | What Causes Electric Shock In Human Body. 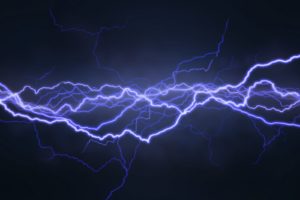 The Electricity: Don’t Hold Your Breath | What Causes Electric Shock In Human Body

I grew up around people who believe in a lot of myths.

I was the in-house “engineer” of the family even as a child, I was forever fascinated with how things work, especially electricity.

There is one uncle who was an electrical technician, we usually require his services every now and then.

A question by a friend recalls one myth I was made to believe as a child which almost led to a disastrous outcome.

The myth is if you hold your breath and touch a live wire that you will not feel any electric shock. The local technician did not just say that that is possible, he apparently held his breathe and touched a live wire and did not flinch.

I watched him do this, but as he never said what we hear when people perform a dangerous stunt on TV these days- do not try this at home- I did try that while he was gone with almost a fatal result! The story of what happened will make an entire post, moving forward, it was later that I got to know how he did it.

For electricity to flow, electrons must move.

The electrons travel through the wire/conductor to get to the next point of reference. Imagine climbing uphill with a bag of bowling balls, on getting to the peak of the hill, you throw down these balls. If the balls represent current, and there is a path made on the hill, it will move down the hill until it gets to the valley where all movement will cease.

At the valley, the ball can no longer move because there is no difference in potential.

This same potential is the main reason a bird can perch on a high voltage line and not get zapped or electrocuted.

It stands on a single wire and this is on the same potential, the current will not have any potential difference for it to travel through the body of the bird.

But an overconfident/ careless bird may get itself fried if on taking off its wing mistakenly makes contact with another wire, there will exist a potential difference between these two points which will be analogous to creating another downhill path for the bowling balls on the valley to roll down in.

Back to my story, the electrician did a risky thing, but he may be acting out of years of experience. I later noticed he wore a heavy insulated safety boot and he was not making contact with any other object.

Now, for electricity to flow, the circuit must be closed, eg when you turn off the lamp in your room, you merely opened up the circuit that breaks the electrical connection.

Due to this added resistance, he had from the safety shoes, the circuit was not complete for electricity to flow through him to the ground.

There is another factor why he was not electrocuted- his skin resistance and condition.

The average body’s resistance ranges from between 1000 ohms to 100,000 ohms if the skin is in dry condition.

The body’s internal resistance is as low as 300 ohms.

Where Rinternal is the resistance of the inside of the body

Rskin(in)= resistance of the part of the body exposed to the live wire.

Rskin(out) = the current that goes in must exit for there to be a complete circuit and hence electrocution.

The electricity has to pass through the victim twice, one as it goes in, and the second time during exit.

Out of all the part of the human body, the hand has the highest resistance, with the mouth the lowest.

You easily feel more pain in the mouth than the hand if electricity is made to pass through both places.

Also, a more calloused hand have a higher resistance as a result of the hardened skin layer.

So, armed with a good electrical-resisting work boot, plus a somewhat dry calloused hand of a workman, he was able to pull off the stunt of holding his breath and touching the low voltage wire.

I would love to see him perform the same breath-withholding trick bare feet while standing on a wet floor with a sweaty palm! 🙂 Of course, he won’t be able to withstand the severe electrical shock due to the reduced resistivity of the body while wet and being unprotected by lack of insulating footwear.

There is a different “trick” or technique, I often find experienced electrician make use of; I call it the hand-in-the-pocket rule. The rule is simple, electricians place one hand in their pocket while working on live circuits.

First, one hand on a circuit reduces the contact area for electricity to pass in the event of an electric shock.

With two hands in contact, the surface increases with a decrease in resistance, thereby increasing the amount of current that will flow in if the body makes contact with an energized circuit.

The same resistance reduces to between 500 to 1500 ohms when the hand is wet. If the same metal is held with two hands, the resistance will half, i.e. will be about 500 to 1500 ohms with a dry hand and 250 to 750 under wet condition. The two hands will act as resistance in parallel:

That is, the total resistance will reduce leading to more current to flow through.

Apart from this obvious fact, there is the critical detail of the path the electricity will flow.

With the one-handed approach, it is always preferable that the right hand is put to work with the left in the pocket, a condition that favours the right-handed.

The reason is that the heart, which is situated on the left side of the body is free from the path the current will take.

It could be fatal if the path the current takes is via the heart area.

So the fatality and severity are reduced by this approach, but normal electrical safety rules require that we do not work on live equipment or device, but in most circumstances, the circumstances may not allow for total shut down of the whole appliance.

That’s the much we can take on the topic “The Electricity: Don’t Hold Your Breath | What Causes Electric Shock In Human Body”.