History As A Science | What Makes History A Science?

Today, you and I will quickly take a look at the topic “History As A Science | What Makes History A Science?”.

This has become necessary as we have sen overtime that several individuals have been searching for topics related to the above topic History As A Science | What Makes History A Science? 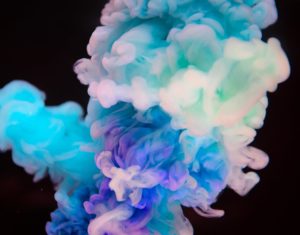 History As A Science | What Makes History A Science?

For far too long history has been perceived by teachers as a subject in which facts play a dominant role. Up to the 1960’s, in both the United Kingdom and in South Africa, the factual, chronological approach to the teaching of history reigned supreme in the classroom.

However, because the success of history teaching depends to a large degree on the understanding, on the part of the teacher and pupil, of what the discipline is all about, it was time to break free from the boring old way of teaching and learning history. Since the “factual” approach to history teaching has been criticized, the shift has made a “science” out of history. An important question to ask in this regard: Is history a science, though? What are the differences between the physical scientist and the historian? The former can repeat experiments while the latter cannot call for a repeat of the past.

The scientist can preserve greater objectivity towards what is being studied than the historian.

Furthermore, the aim of the scientist is the formulation of scientific laws, but there are no general laws in history.

Scientific knowledge provides the power of prediction, whereas the historian cannot predict with any real accuracy what is going to happen. Scientists are not concerned with value judgments, whereas historians are.

But! Although there are these and more differences between the work of the natural scientist and that of the historian, this does not mean that history is unscientific.

History is one of the few social sciences which deals with the complexity of the actions of human beings in their totality. History can be considered scientific in that the methods used by the historian are organised, exacting, systematic and rigorous.

Perhaps the only really significant difference between the natural scientist and the historian is not in the methods they employ to arrive at their conclusions, but in the nature of the phenomena which they study.

We should just remember that, even though we can argue that history is in a sense scientific in that the historian employs scientific methods to arrive at conclusions, it must be conceded that absolute objectivity in impossible.

It is common for two or more historians to interpret the same evidence differently and to come to different conclusions.

One of the most difficult problems facing history teachers is how to justify the study of the discipline to sceptical students.

Although most history teachers appear to have an adequate understanding of the value and purpose of the study of history, they are often unable to articulate it in such a way that pupils can comprehend and appreciate what is involved.

A good starting point is to ask pupils to try to imagine what everyday life would be like for an individual without a memory. This could be compared to a society which has no knowledge of the past.

History is, in a sense, the memory of a society. Without this memory of the past, society and its individuals would be adrift. Even if a society wished to ignore its history, it would be unable to do so.

There is no escape from the past, for whatever we do now is linked to what was done before, and what we do in the future is governed by both past and present. Therefore, past, present and future are linked together in the endless chain of history, just like science!

That’s the much we can take on the topic “History As A Sci. | What Makes History A Science?”.