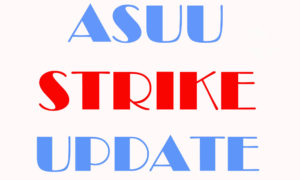 The Federal Government has offered a cumulative sum of N65 billion to the Academic Staff Union of Universities (ASUU)  to address some of the lecturers’ demands.

The N65 billion seeks to address the issue of earned allowances and ”revitalisation of universities”.

The government also agreed to pay the lecturers their outstanding salaries using an older payment platform, GIFMIS, different from the controversial IPPIS.

Giving a breakdown of the N65 billion Senator Ngige said the Accountant General of the Federation, AGF, has offered to release N40 billion or in the alternative, N35 billion to be shared by all the registered trade unions in the universities after providing necessary evidence of having earned the allowance.

The ASUU president, Professor Biodun Ogunyemi, who also addressed reporters, acknowledged that the government has made some new offers to the union and progress has been made.

He, however, said the union leaders would report to their organs and get back to the government on the position of their members.

Why we are on strike – ASUU

The Academic Staff Union of Universities (ASUU), on Tuesday, revealed why the union is on strike.

ASUU noted that the ongoing industrial action was predicated on getting revitalization funds and unpaid earned academic allowances.

The union maintained that ensuring that government sets up and conduct visitation to universities, address proliferation of state universities and issues of governance in them and the conclusion of the renegotiation of 2009 ASUU-FGN agreement also formed part of the reasons the union is still on strike.

ASUU President, Professor Biodun Ogunyemi, in a strike bulletin 9 and made available to DAILY POST on Tuesday, noted that speedy completion of the renegotiation of 2009 ASUU-FGN agreement will birth new Conditions of Service enhanced salaries for Nigerian academics and improved infrastructure for Nigerian public varsities.

Ogunyemi noted that “efforts by agents of government to derail the strike through deflection of IPPIS contraption and denial of salaries have failed because the Union was fighting a just cause.”

He stressed that members of the union have remained resolute to get a better working environment and conditions of service, despite unpaid salaries of thousands of academics by the Federal Government and payment of distorted and amputated salaries to thousands of ASUU members.

“One of our principal demands in the ongoing struggle is the resumption and speedy completion of the renegotiation of the 2009 FGN-ASUU agreement which has dragged for more than three years. It is only through renegotiation that the overdue review of our conditions of service, which include enhanced salaries could be achieved. Any further delay can no longer be tolerated.

“Let’s remember that the current salary structure was a product of efforts like the ongoing struggle between 2006 and 2009. Our demands also include outstanding demands in the 2019 FGN-ASUU MoA.

“Recent reports show that seasoned academics with special skills in the employ of various universities on contract basis are now being disengaged as directed by IPPIS operators. This leaves students of the disengaged contract staff in great jeopardy.

“If Nigerian universities can no longer take decisions about the caliber and number of academics they require to deliver quality education, what is left of the university autonomy and academic freedom.

Please let us know right now in the comment box.