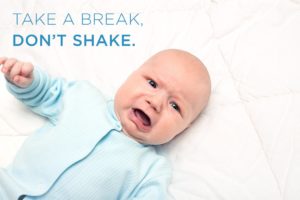 The action of shaking a crying baby to calm them down is a common practice/habit among people in Malaysia (I’m not sure about the rest of the world). Sometimes, it’s worked and sometimes the baby becomes more enraged.

For an inexperienced mother or a daycare worker, a crying baby can be somewhat depressing.

This can result in an act of violently shaking their own babies as a result of frustration to calm the baby down which could end up with grim consequences.

Shaken baby syndrome (SBS) is a set of symptoms in which an infant will be presented with, as a result of a forceful shaking either with a direct trauma or not.

I have seen a few cases of cerebral palsies which are caused by SBS.

They are not pretty and most of them occur in infants.

Abusive head trauma is a relatively reliable term to describe a set of related symptoms of brain injury in which, children of various age groups might be presented with.

Nevertheless, this condition is prevalent among infant due to a few reasons:

Shaking will apply rotational acceleration-deceleration forces which will tear the veins in the subdural cavity of the brain if the force applied were significant enough; the subdural cavity is a space between two meningeal layers which are the dura mater and the arachnoid matter.

Repeated shaking will also cause the soft brain of an infant to hit the skull repeatedly which can contribute to brain swelling due to repeated trauma. Most of the people out there don’t realise the danger of shaking their own babies for the sake of calming them down.

This can be attributed to a few factors which include lack of awareness and education, frustration, associated psychiatric factors and environmental influences. 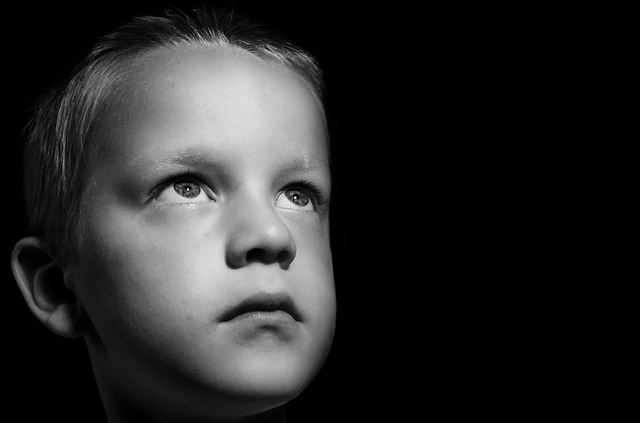 In 1987, there are a few pieces of literature which have been published to investigate the impact of shaking baby syndrome on the overall health of an infant.

It was found that up to 27% babies who experienced the shaken baby syndrome died while more than 30% suffer other illnesses which are associated with severe neurological symptoms (cerebral palsy for example).

The shaken baby syndrome is a form of child abuse which is commonly associated with death and plays a significant part in causing brain damage in infants.

The history of the shaken baby syndrome went way back to 1860 when a few Parisian children who have been the victims of child abuses were found to have blood thickening on the brain surface.

The mechanism of injury was not known due to the fact that people have been paying less attention to child abuse back in the day.

In 1971, a neurosurgeon named Arthur Norman Guthkelch proposed shaking as one of the mechanisms of brain injury in infants who presented with features of battered child syndrome which includes a subdural haematoma.

It is relatively difficult to determine what is the threshold of shaking that might subject a baby to neurological consequences. Most of the parents albeit the”veteran” would have the tendency to shake their crying babies. Usually, people who caused the shaken baby syndrome are:

How Does Shaking Contribute To Neurological Consequences? There are two kinds of forces which are needed in order to establish a traumatic head injury:

Rotational force is the major force which acts upon an infant when they were shaken. In its mildest form, shaking will cause the brain to turn with respect to its central axis (the point of attachment of the brainstem).

This will provide a degree of rotational movement in the subdural space which will result in stretching and possibly tearing some of the blood vessels called the bridging veins of the brain. 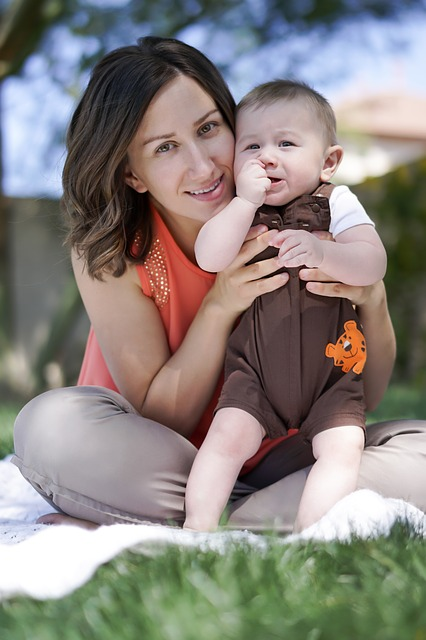 Where will the blood go then? Well, the blood would be lost into the subdural space and normally, the amount of blood loss was insignificant.

It is not harmful but provides a useful clinical evidence to indicates that the infant was being shaken prior to the doctor’s appointment or hospital admission.

It is difficult to get an accurate history from the caregiver regarding abuse; I’m sure all of you know why. The parents should be counselled regarding their child condition so that the same mistake would never be repeated again in the future.

Minor shaking usually will not pose any significant damage to the infant.

The problem is when an infant was put into the care of someone who is impatient.

They will usually subject a violent act of shaking to the infant which would not only cause tearing of the bridging veins but also pose a traumatic damage to a series of axonal connection which is an important part of the brain.

The signs can be observed radiologically and its provide an important piece of information regarding the mechanism of injury prior to the hospital admission.

In a paper published in 1987, Duhaime AC et al have determined that shaking alone will not provide a sufficient force to cause axonal damage.

There must be some kind of attributing factors such as minor trauma to the head during shaking which would affect the axonal connection in the brain.

This can only be achieved by an unusually violent shaking act in which, if observed, is questionable whether the caregiver was trying to calm down his/her crying baby or else. A doctor needs to know the mechanism behind the shaken baby syndrome not only for treatment and prevention but also for medicolegal purposes.

Violent shaking will usually deprive the brain of oxygen which will lead to swelling (cerebral oedema) and subsequently increase the pressure in the intracranial space.

Infants who have been shaken will usually present to the hospital with a few symptoms which suggest respiratory distress.

This can be attributed to the damage at the brainstem which disrupts the respiratory centre after an episode of violent shaking.

The risk of injury from SBS seems to decrease with an increasing age but that doesn’t rule out the shaken baby syndrome from the differential diagnosis.

Infants who have big head relative to their body are prone to get SBS when they were shaken.

One of the reasons why infants have a higher tendency to get SBS is because they can’t seem to control their head movement due to poor development of the neck muscle.

Can you imagine, how an infant with a huge head going to control their head motion with a floppy neck’s muscle? Their craniocervical junction will be overly-stretched during shaking which can contribute to the brain injury. 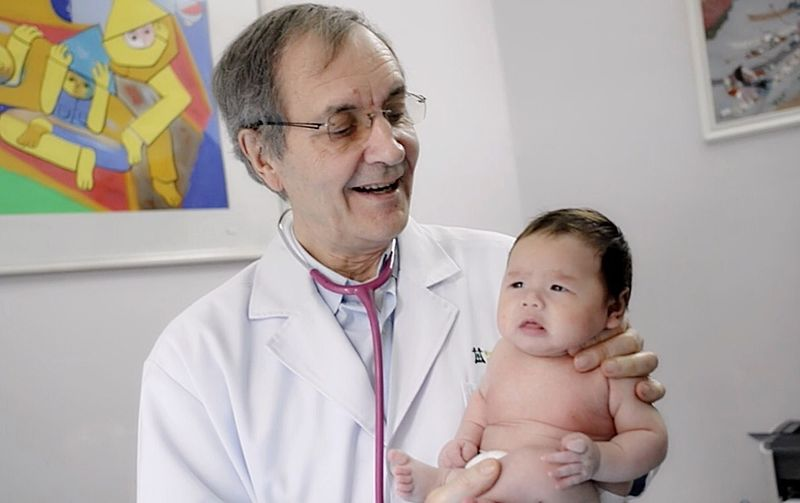 The most important step before managing any infants with suspected brain injury is to confirm the diagnosis by mean of radiological investigations.

Accumulation of blood between the subdural space without any obvious trauma or relevant explanation may point towards child abuse. Infants with SBS usually present with respiratory distress.

It is vital to provide respiratory support before looking for any relevant physical signs which might indicate this particular infant might be violently shaken prior to the admission.

Bilateral or unilateral retinal haemorrhage can be a sign of inflicted injury.

Compared to the eye, subdural space could bleed even with the slightest force to the head (shake). So the severity of the head injury can be measured by checking the extent of the eye haemorrhage.

Physical injuries such as rib fracture is a common sign found in an abused infant. If an infant was violently shaken, there should be a strong grip on the infant’s chest which could lead to fractures.

It is difficult to take a medical history and if the parents were the perpetrators, we can assume that whatever that have been told were not accurate.

The only way is to compare the result of physical findings with the history which has been told by the parents.

All of the observable physical injuries such as bruises, external bleeding etc. should be documented and photographed for legal purposes.

The child must be monitored strictly and any visitors should be recorded. If physical findings reveal that it is certainly an abuse case, social services and police should be notified. It is vital to involve social services because other children in the family might need protection.

Infants who were diagnosed with SBS will usually show some sort of neurological and developmental deficit by the age of 6 years.

There are a few steps that we need to do in order to prevent this from happening in the future:

Education is the most important tools when it comes to instil awareness among the public regarding the danger of SBS. Almost as high as 50% of college students do not realise the danger of shaking an infant.

People need to know that it is normal for an infant to behave the way they are. If they keep on crying non-stop after many efforts, don’t shake them, bring them to the hospital or nearby clinic.

Most of the time, there is nothing wrong with them, but parents need to know and be counseled if the current situation is too much for them.

People always have some kind of unrealistic expectation of how their child should behave.

My advice is don’t. Usually, this is one of the many triggers which can lead to child abuse. Children are punished physically if they act differently than they were expected.

After delivery, parents should be taught some information regarding SBS. In 1992, a project called “Don’t Shake the Baby” was established in various urban counties.

After delivery, mothers were given an information card which entails some of the information regarding SBS.

The responses were positive. 90% of the respondents think that other parents should be given the information card to create awareness.

A physician should know how to identify children who have been abused. Knowledge alone is not adequate.

There are a lot of maltreatment which has been documented among physician and it is all correlated with the years of training of that particular physician. In a study conducted in 2004, it was found that almost as high as 2/3 of the abuse cases were not reported and 90% of the residents think they need a few more years of training