Today, you and I will quickly take a look at the topic “The Electricity And Some Myths | Misconceptions About Electricity”.

This has become necessary as we have sen overtime that several individuals have been searching for topics related to the above topic The Electricity And Some Myths | Misconceptions About Electricity. 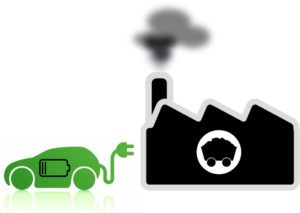 When we flip on a switch, the darkroom becomes illuminated.

The bulb gets its power from electricity, a common utility that makes everyday living more enjoyable.

But people may know what happens when we flip a switch, but may not truly understand the subject of the “magic,” electricity. Understanding electricity becomes somewhat easier if we see it as a fluid.

A fluid is often associated with liquid or water. In the region of fluids which are not so popular is that of a gas.

If you need to stop by the roadside tire vulcaniser to add air to the tires you will see gas is a fluid too.

The air pump forces air from the region of high pressure to that of low pressure, the tire, in the inflating process.

Just like the air is made of billions of air molecules, the electricity, too, that passes through a tiny piece of wire is made up of gazillions of atoms with each electron matched to an atom in the wire.

This electric pressure is as a result of voltage, potential difference, from either a batteries and a DC or AC generators. The voltage is measured in Volts.

That impediment to the flow of the fluid/gas is known in electricity as resistance It is measured in Ohms.

If there are thin wire and thick wire of the same material, the thin wire will offer more electric resistance than the thick wire.

Hence the resistance R is inversely proportional to the Area (A) of a conductor of length, L.

In some electrical circuit, some piece of electronic device mimics the harder-to-move-through thinner wire by resisting the flow of electrons. Such a device is known as a resistor.

The current is simply a measure of the flow of electricity through a conducting medium.

It is measured in Amperes, denoted by A, named after the French mathematician André-Marie Ampère, a pioneer in the field of electrodynamics, a branch of physics which examines the relationship and working of electric charges and currents. ELectricity as we know it has existed for such a long period that some even argue that no one discovered electricity.

Going back to the pre-Socratic era, a Greek philosopher, Thales of Miletus made the earliest writing in electricity.

H accidentally created static electricity as he polished amber, a fossilised resin which is used in jewellery due to its colour when he realised that the piece of wool he uses to clean the amber makes it build up charge which in turn makes feathers and straws stick to the amber.

Fast forward to some couple of hundred years in the 1600s, a gentleman in the name of William Gilbert, an English scientist did a lot of experiments with magnets.

He was said to have coined the term “electricity” and some people like to remember him as the father of electricity/magnetism. He invented a device called versorium, an Italian word for “turn around”.

It was a device that is most similar to the current day’s electroscope, an instrument that detects a static electric charge.

A century and fraction later in 1752, the man most regard as the modern father of electricity, Benjamin Franklin flew his famous kite. The man had a piece of conducting material, a key, at one end of the kite.

The kite’s “thread” was a conducting wire and the time of the experiment was during a thunderstorm.

We can safely conclude that that experiment is not the safest way to identify the presence of electricity due to the danger of electrocution. Franklin, truthfully do not care about that and he did get a shock for his efforts when the lightning struck the kite.

Thankfully, he lived to experiment another day, and get to prove that lightning is similar to static electricity derived from the amber after a good scrubbing from a wool, and forever remembered by the people as the inventor of the lightning rod used in thunder and lightning protection.

It took another hundred years for Nikola Tesla, through the investigation suggested by Thomas Edison came up with alternating current electricity which billions of households make use of today.

It has been a long journey to get to where we are currently, and the journey of electricity did not come without its controversies and myths.

Well, the short answer is the conception is wrong. Now to the longer answer, we measure electric current in amperes.

The unit defines the specific number of electrons that pass through a specific point of conductor per second.

Much the same way we measure the fluid flow rate by the litres per second or cubic meters per second.

This massive number of electric charge that passes through a point per second when 1A of current flows is known as a colomb.

The drift velocity of these humongous charges through an inch of this wire will require 1000 seconds of time which is approximately 16 minutes. That is a sluggish movement to move a mere 1A of current through a small distance of an inch of 2mm wire.

How do we get the light to come instantly on when we flip a switch that is often about 2m (more or less) to the lamp position? Shouldn’t that take hours?

If we apply a “push” with a voltage, on one marble (charge), it will push the next marble and out falls a marble on the other end of the pipe.

This is how electrons move in the wire, there is always electrons ready to move, they only require a potential difference to push the charge and hence set off a chain of an electric charge in motion.

Thus the near instant electric charge that powers our lamp did not have to travel the whole length of the wire.

Looking at above marble, it will appear as if the flow is instant, but it is not.

The gazillions of electrons in the wire take a time very tiny fraction of time to impact the energy to the next electron.

Therefore the speed of electricity may be fast, but it is not nearly as fast as the speed of light which is approximately 3×108m/s

This numerial example shows the drift velocity for a 2mm copper wire at 1A current is calculated to give 23 micrometer per second i.e 23X10-6 meter/ second.

The conductor electron speed is incredibly slow, but the signal propagation speed is fast as the process is relatively close to the speed of light or about one foot per nanosecond.

The second is that electricity will always follow the shortest path to the ground. Let us assume we have a 230V generator with an electrical device that has a resistance of 23 ohms in an electrical system with no/non functional electric ground.

So, we have 10 amperes flowing through the electrical device.

What will happen if someone, let’s call the person Paul, decides to touch the live wire of the connection with the bare hands as he stepped out of the bathroom dripping wet? Paul’s body’s resistance that time is, say, 1000 ohms.

What do you think should happen? Should electricity flow through the 10-ohm electric tool to the ground?

No, Paul is not safe, both the tool and Paul are connected in parallel. Voltages in parallel are the same. So Paul still has 230V across his 1000-ohm resistance body.

The 0.23 amperes is already above the limit that can potentially prove fatal.

The third and last myth is to do with insulators.

In the real sense of the word, no material is unquestionably an insulator. All material, even rubber and wood, will conduct electricity at a certain level of voltage.

That is the reason an insulator is rated in voltage. An insulator at 230V may likely become a conductor at 12,000 volts.

That’s the much we can take on the topic “The Electricity And Some Myths | Misconceptions About Electricity“.