Let’s Talk About People Who Are Immune To Pain; CIPA | Inability To Feel Pain

Today, you and I will quickly take a look at the topic “Let’s Talk About People Who Are Immune To Pain; CIPA | Inability To Feel Pain”.

This has become necessary as we have sen overtime that several individuals have been searching for topics related to the above topic Let’s Talk People Who Are Immune To Pain; CIPA | Inability To Feel Pain. 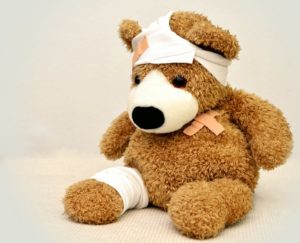 Let’s Talk About People Who Are Immune To Pain; CIPA | Inability To Feel Pain

Today, I’m going to talk about one of the least known conditions in the world called CIPA, congenital insensitivity to pain.

Sounds like a good superpower, I mean if you are immune to pain, you can achieve lots of things, right? Well, it’s partly awesome but for most of it, it can be your greatest weakness.

I would explain that statement later.

Being one of the few people with this “gift” can be quite frustrating, emotionally and physically speaking.

Feeling pain is super important as it gives a clue to our body that something is happening somewhere in the system which potentially could affect us in a certain way.

We will respond to that kind of threat by committing a specific action that could potentially save our lives.

Think about if someone were to stab you in the back, people with CIPA couldn’t feel anything which would have put their lives in jeopardy.

Think about how your children will react if they can’t feel anything that other children could.

Curiosity can be dangerous sometimes.

Most of the documentation regarding patients with CIPA indicate that they were often presented with a few childhood scars which could have been caused by their own curiosity.

Slicing their own finger, body or even face can be a normal (even though it is not) response from people with CIPA as they were trying to discover why they couldn’t feel pain or temperature changes. Let’s take a case study as an example to illustrate the struggle bears by people who were having CIPA and how it can affect people around them. In 2012, a 12 years old boy who had chronic osteomyelitis was admitted into the paediatric ward of the Imam Khomeini hospital located in Tehran.

He was referred from another medical centre for treatment of his right foot’s heel sore which couldn’t be managed properly by the patient himself since he was and currently is, mentally challenged (plus he has CIPA).

That imposed a certain level of difficulty as people who were mentally challenged can’t be educated or managed properly regarding their own condition thus they would depend heavily on their caregivers.

This would also mean that they were less afraid of certain consequences of mutilating themselves and even ignore whatever injury they could have; infections are therefore inevitable.

Now, the heel sore was not the only significant finding revealed by physical examination on this kid.

He was also found to have disfigurement of his mandible and multiple scars from self-mutilation.

Managing this kid can be quite difficult and often people with CIPA would require a multidisciplinary approach so that every system would be covered.

Even though it is not known whether this condition can only be inherited by children with parents who are consanguineous, in most of the cases (if not all), they are.

The mode of inheritance is autosomal recessive and that means, the child has to inherit defective genes from both of their parents; if they inherit only one, they would be called as the carrier of the disease, often shows no symptom and live rather healthily with an intact sense of pain and temperature.

There is no standard treatment protocol and the most definitive way of diagnosing CIPA is through genetic study.

We can diagnose it rather easily from clinical points of view but sometimes, losing sensitivity to pain can be psychosomatic exhibited by children who underwent a traumatic experience, for example, child abuses.

Self-mutilation in people with CIPA can be rather severe (some patients presented with amputated fingertips) or it can be as mild as cuts (yeah, that’s mild for CIPA) but according to a few articles, people with CIPA can lead a rather normal life/childhood as long as they/people around them (parents for example) are committed to taking care of them as best as they could. Now, the reason why people with CIPA can’t feel a thing even if we inflict the most painful stimuli to them can be related to a gene called SCN9A which plays an important role in peripheral pain’s signalling as they code for voltage-gated sodium ion channels.

They are important in relaying nociceptive signal (pain) and thus, like anyone could have guessed, people with CIPA inherit a defective SCN9A gene which indirectly affects their nociceptive signalling, hence, no pain of the sort.

It’s really not like what all of us imagine and people with CIPA can bleed internally without them knowing about it; they can be unconscious or worse, die anytime if they were not managed properly.

Some of them would have a biweekly medical checkup to ensure everything operates within normal parameters.

I remember seeing a quote in a TV series (I can’t remember which one) which stated that “pain is the only thing that made us humans”, so what are people with CIPA? Of course, we can’t take that seriously since it was probably fictional anyway. One of the most interesting topics to be discussed with academicians regarding things related to CIPA is anaesthetics.

Some patient’s might deemed unsuitable for surgery because they can’t tolerate it physically but the main concern for people with CIPA is the autonomic part.

Even though it seems like they have a selective autonomic dysfunction, they could have developed further complications such as regurgitation of gastric content, aspiration and worse pneumonia.

If you remember one of the component of general anaesthesia that I wrote a few months back, giving people some potent analgesic such as fentanyl can improve patient’s condition during surgery as they suppress pain but in people with CIPA, the aim of giving fentanyl is to eliminate stress while the patient is being intubated and all. I did mention the risk of CIPA patients to get gastric content regurgitation, did I? As there were abnormalities in the autonomic function, people with CIPA respond quite similar to people who have uncontrolled diabetes mellitus in terms of gastric emptying rate; they were quite slow.

This would predispose them to aspiration which can lead to pneumonia if let say those stomach content regurgitate into the lung.

As the condition of patients with CIPA can be rather unpredictable, they were usually considered as someone who was having a full stomach which would require a different anaesthetic technique called rapid sequence induction.

I would write about it somewhere in the future but it is basically for people who were high risk for regurgitation which include pregnant women, obese people, emergency cases etc.

Preparation is important for a successful surgery but whatever happens during the surgery can be quite unpredictable.

People with CIPA seems to have a higher incidence of bradycardia compared to a normal, healthy individual.

It seems that there is no definite explanation to explain whatever lead to the bradycardia incidence but in some people, it can be due to cardiac instability as a result of autonomic dysfunction.

If you ever watch the medical series entitled “House MD”, you would notice that he encounters a patient with CIPA in the season 3. One of the most epic scenes that might make this one of the most interesting cases is how he gutted the patients without anaesthesia and pull out a 6-metres tapeworm from her intestine.

Looks cool but totally unrealistic to the real clinical scenario. Well, take the educational stuff and leave the totally unethical practices. He is a good and competent doctor but like anybody else, he still a human.

That’s the much we can take on the topic “Let’s Talk About People Who Are Immune To Pain; CIPA | Inability To Feel Pain”.