Today, you and I will quickly take a look at the topic “Idealism Versus Materialism | Critical Contrast & Comparison Between Idealism & Materialism”.

This has become necessary as we have sen overtime that several individuals have been searching for topics related to the above topic Idealism Versus Materialism | Critical Contrast & Comparison Between Idealism & Materialism. 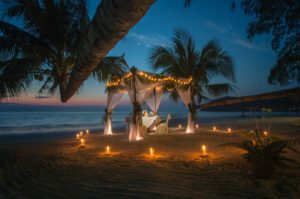 In this article I would like to emphasize the concepts of idealism (or spiritualism) and materialism, as reflected in the works Plato, Aristotle and Epicurus, and also share some of my own reflections. So… let’s get to it!

Idealism is the philosophy that the ultimate reality is based upon ideas. In other words, ideas or thoughts make up the fundamental reality and ideas are the only things worth knowing.

The idealistic philosophers believe that the real world cannot be separated from the mind and the consciousness and we can never be sure that matter really exists. Whatever exists is known through ideas and mental power, and physical things exist only in the sense they are perceived by human senses.

For some idealists, nothing is truly real other than consciousness, therefore the world is created by the mind and perception is reality. For others, idealism, also known as spiritualism, is a belief in an infinite, personal God and in the immortality of the soul.

Plato is the father of Idealism. He believed in two worlds: a spiritual or mental world and the world of appearance. The physical world around us is not real and it is constantly changing, therefore you can never say what it really is. The only unchanging world is the world of ideas and that is the world of absolute truth.

Plato explained his dualist philosophy in the Republic, specifically in the Allegory of the Cave. He gave the example of a cave with prisoners who could only see the reflection of objects on a wall in front of them.

As they couldn’t see the real objects, they believed that the reflections were the reality. As one prisoner escaped, he could see the reality in the realm of Forms.

He was the philosopher, while the prisoners inside the cave were ordinary people, condemned to darkness and ignorance. Plato believed that The Forms are the highest levels of reality; the real world is not what we see but what we feel in a world that is made up of eternal Forms.

This was reality for Plato. He believed that there is a world that exists independent of human minds. He said that whenever we imagine something, we conceive something in the ideal world.

Regarding moral perfection, people are not morally perfect, thus this concept comes from an ideal world. He imagined a utopian society in which education to body and soul is an ideal in the search of truth.

Plato’s theory of the body and soul is based on his Theory of Forms. He held the same dualist position, stating that body and soul are fundamentally distinct, and when the material body dies the soul lives on. He believed that the soul is perfect, at one with the Universal Being, and it is fully formed prior to birth.

Aristotle is known as the father of materialism because of his metaphysical view to understand reality through scientific data. He believed that to understand an object, we must understand its ultimate form, which does not change.

Objects exist, whether we are aware of them or not, and every physical object is a compound of matter and form. He said that all men have wisdom to deal with the causes and principals of things.

He also believed that desire and thought are non-physical. Aristotle believed in logic as a formal discipline that helps us understand physical events and aspects. The exercise of rational thought is viewed as the ultimate purpose for humankind.

In his materialistic view of the world, Aristotle defined the soul as the perfect expression of a natural body. He believed that there is a close connection between body and soul, same connection as in sight to eye.

Aristotle discussed the soul as the truth of the body, not as a psychological condition of the body. Therefore, he did not believe in life after death like Plato or his predecessors, for Aristotle, when body dies, soul dies.

In the materialistic view, everything that exists is material. Epicurus developed a philosophy based on the theory that the distinction between good and bad derives from the sensations of pleasure and pain.

He developed hedonistic ethics by teaching that the ultimate goal for a human being is to obtain pleasure for himself. He said that people can get pleasure by limiting their desires.

He said that there are vain desires, natural and necessary, and natural but not necessary desires. He also said that courage, moderation and the other virtues are needed in order to attain happiness. However, in his concept, the virtues are valuable only for the sake of the happiness they can bring us.

Epicurus developed the Identity Theory of Mind. In modern versions the mind is identified with the brain, but in Epicurus’ physiology the mind is in the chest, since the common Greek view was that the emotions reside in the chest.

He believed that the mental process is an atomic process and the mind is made out of four types of particles: fire, air, wind, and the “nameless element”.

His materialism led him to a general attack on divine intervention. Epicurus rejected the idea of an immaterial soul and believed that the gods have no influence on our lives. He tried to eliminate the fear of death, saying that death is annihilation, because the mind is a group of atoms that disperses upon death.

What is my opinion?

In my opinion, Idealism and Materialism are both impossible to prove or disprove and there is no middle road between them. Many people find that materialism makes more sense because we interact with each other and the outside world.

The reality is out there, but we can’t step outside our own minds, so how can we be sure what is real? Even Plato’s idealism is confusing. Although his doctrine described Forms as non-material, he also said that Forms had their own independent existence, and that is a realist stance. I came to believe that Plato’s worldview was actually dualistic, not truly idealistic.

Thinking of reality… today’s world is definitely materialistic. People want to be happy, they seek pleasure, sometimes at any cost. They have the right to be happy and actually they might want to do everything possible to achieve happiness.

People want money, power, and success. The problem is when these become their ONLY concern.

When I think about the acts of violence in our society, like the abuses of human rights, discrimination, the mass shootings, I think that all of them are a result of an extreme materialistic life, where people forget about the true values, and all they care is getting those hedonistic goals at any cost.

Fortunately, not all of us are materialists. We are all different, as we follow different philosophical views. Some of us believe that our lives should not be defined by what we own. Wealth doesn’t bring happiness. I surely am one of those people.

That’s the much we can take on the topic “Idealism Versus Materialism | Critical Contrast & Comparison Between Idealism & Materialism”.