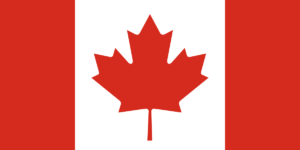 Canada, like many other countries, uses an ePassport that is issued to Canadian citizens. An e-Passport, similar to a Canadian passport, is a 36-page book with a data chip inside. It contains basic information about the traveler that can be used to identify them.

As a Canadian citizen, you must carry your passport with you as identification when traveling across borders. Before you can enter a country, you must present your passport, which will be scanned to verify your identity.

The Canadian passport is ranked 10th in the world by the Montreal-based financial firm Arton Capital’s Global Passport Index.

You can visit over 114 countries without a visa if you have a Canadian passport.

What are the benefits of having a Canadian passport ?

Requirement and Documents Needed to Apply for a Canadian Passport

Steps To Get Your Own Canadian Passport

You must be at least 16 years old and a Canadian citizen to apply for a Canadian passport. Parents or guardians may apply on behalf of their minor children. Here are a few steps to follow.