ENROL FOR YOUR JUPEB/IJMB PROGRAM AT AN AFFORDABLE FEE, WITH CONVENIENT PAYMENT PLANS, FOR 200L UNIVERSITY ADMISSION. CALL 08065101775

JAMB FREE CBT APP. HOW TO USE CERTIFIED JAMB CBT APP TO PREPARE FOR JAMB IN 2-WEEKS & SCORE 280+ CLICK HERE

WILL YOU PAY N20K TO SCORE 290 IN JAMB? (SCIENCE STUDENTS ONLY) CLICK HERE 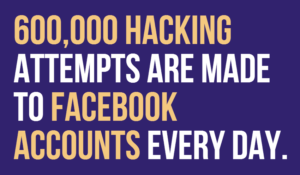 Facebook is a website that you use every single day. The question is how much you really know about this amazing social networking site called Facebook. Today i am going to treat some really cool interesting facts you never knew about Facebook. Without wasting much time, lets get to it. 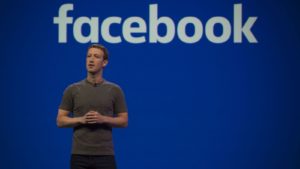 I am quite sure, this is a question you have never asked yourself. Facebook is a social networking site that was launched on the 4th of February, 2004 by Mark Zuckerberg.

Even when there are a lot of interesting kinds of stuff that Facebook has done, sometimes, some of the things it brings us can be awkward and scary. Among these also, some serious privacy concerns. See Some reasons below 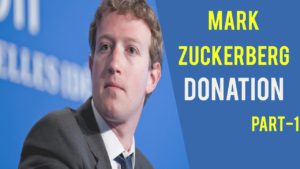 Posting just once or twice per day on Facebook yields an average of 40% more engagement than posting three or more times per day. This shows that, despite marketers’ best efforts to beat Facebook’s rapidly declining organic reach, you can’t just use brute force to make yourself heard

In September 2014, Facebook users watched a collective 1 billion videos per day. Today, that figure is more than 4 billion – and 75% of these video views occur on mobile devices

Every minute of downtime outage costs Facebook approximately $24,420. The “prolonged” outage that lasted for 19 minutes in August 2014 cost the company almost $427,000 – and you thought you were pissed when Facebook goes down

Facebook earns an average of $5.85 for every Facebook user in the United States and Canada. These two countries also have among the highest monthly active users of any country in the world, making North America a vitally important market for Facebook.

There are now more than 2 million active advertisers on Facebook. The popularity, impact, and cost-effectiveness of Facebook ads has made the site one of the most popular online advertising platforms in the world, and its upward trajectory seems likely to continue.

Adult Facebook users in the United States spend 68% of their mobile device time using apps. Despite this, there were only approximately 8,400 app advertisers on Facebook in 2013 – and these 8,400 advertisers drove more than 145 million app installs in that year alone.

Facebook’s user base grows by eight people per second, or 7,246 people every 15 minutes. Some naysayers have foretold of Facebook’s impending demise, but aside from boasting the largest user base of any social network in the world by a gigantic margin, this statistic proves Facebook is still growing.

In 2014, the alleged global economic impact of Facebook was approximately $227 billion. However, this statistic (and the methodology behind it) has been called in question by several leading economists. Whether you buy Facebook’s data or not, there’s no doubt that Facebook has had a serious impact on economies around the world.

Facebook stores approximately 300 PETABYTES of user data on its servers. There are 1 million gigabytes in a petabyte. The entire written works of humankind, in every known language (including Latin and other historical languages) from the dawn of recorded history, would occupy approximately 50 petabytes. Think about that for a minute.

Facebook’s ‘Like’ button used to be the ‘Awesome’ button. Facebook engineer Andrew Bosworth said that he and other engineers were enthusiastic about the “Awesome” button, but that the idea was ultimately vetoed by Zuckerberg in 2007. The site eventually settled on the “Like” button, a decision that Bosworth said was met with a decidedly lukewarm reception

Mark Zuckerberg suffers from red-green colorblindness. This is why Facebook’s primary color scheme is blue – although it certainly doesn’t hurt that blue is also strongly associated with trust and security, two concepts essential in getting people to voluntarily part with their personal information.

A peer-to-peer file-sharing system called Wirehog was once a core function of Facebook. Mark Zuckerberg introduced the P2P file-sharing system when Thefacebook.com reached approximately 500,000 users, and once believed it would become a central component of the site. Wirehog was retired over fears of potential legal repercussions of copyright infringement in 2006.

Sean Parker, a co-founder of now-defunct music sharing site Napster, originally acquired the facebook.com domain name for $200,000. Parker was the driving force in the renaming of the site, and was highly influential as the site exploded in popularity.

Peter Thiel, a co-founder of PayPal, was the first major investor to back Facebook. Thiel, a luminary in the startup and venture capital worlds, saw the site’s potential and invested $500,000 into the young company in 2004. Thiel later sold his stake in the company for more than $1 billion.

Al Pacino was the first “face” on Facebook. A very early iteration of the site displayed a header image featuring a man’s face obscured behind binary code. The identity of the man could not be seen clearly, but it later came to light that the face was that of acclaimed actor Al Pacino.

I will conclude by saying “if you don’t like Facebook for any reason, you should because it reminds you of your friends and family birthdays. Cool right? Leave your comment below if you agree with me. I know most of you are on Facebook because of that reason. For the gamers, you could also invite friends to join you in playing one or two games you find interesting. Thanks for reading.