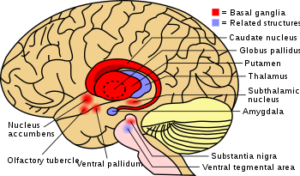 Looking for Some Extra Cash?

Tourette syndrome (TS), named for French neurologist Georges Gilles de la Tourette, is a genetically based neurological condition. Sufferers exhibit both physical and vocal tics, meaning involuntary movements and utterances, due to the disorder’s effect on a part of the brain called the basal ganglia. TS was originally thought to be a psychiatric problem rather than organic in origin, and that history coupled with its sometimes bizarre symptoms has left a certain stigma attached to the condition.

The severity of an individual case of TS is usually the determinant of whether it is formally classified as a disability. Thus, some people who have succeeded in securing that classification due to TS may be eligible for disability scholarships not made available to other TS patients.

The New Jersey Center for Tourette Syndrome & Associated Disorders (NJCTS) is an advocacy group for those with TS, providing education about the condition and referrals to agencies that can help both children with TS (TS first appears in childhood) and their families live normal lives. Every year, the organization sponsors a NJCTS Children’s Scholarship, for high school seniors who live in New Jersey and have received a TS diagnosis.

Several aspects of applicants’ lives are considered in awarding the scholarship, including academic history, personal references, quality and content of the required essay, and any talents (an audio or video recording may accompany the application). The judges wish to encourage a candidate headed to college or trade school who has surmounted the obstacles imposed by TS to accomplish his or her goals.

At Western Illinois University (WIU), a scholarship has been set up to honor a deceased student afflicted with TS. The Chad Stovall Memorial Scholarship in the amount of $500 is reserved for students who have one of the following conditions: TS, obsessive compulsive disorder, or attention deficit disorder.

To be eligible, you must present a diagnosis of one of the disorders named. Students in any year of college can apply, your financial need will carry some weight, and you must submit a reference letter from a WIU staffer or faculty member. WIU’s Disability Resource Center can answer any of your questions about the award.

Like most special needs camps, the camps for children with TS offer help to families with financial difficulties. Camps listed below are examples of what you will find, but by no means constitute a full roster of such organizations.

Every year, the Tourette Syndrome Camping Organization (TSCO) hosts Tourette Syndrome Camp USA, which includes both children who have TS and those who do not and takes place in Illinois. There are a few minor differences in structure to make the experience manageable for TS patients, but since the goal is to provide a typical camp holiday, no therapeutic assistance is offered.

TSCO is very sensitive to families who have financial need, and has made a detailed disclosure explaining pricing (which depends on the rate charged by the YMCA camp whose facility is used). Requests for assistance are kept confidential, and TSCO has a policy of working with each family to make sure no child who wants to be a camper is barred by financial problems.

The Tourette Syndrome Association of Texas is even more generous in its offer: its Camp du Ballon Rouge (Red Balloon Camp) is funded entirely through donations, so children with TS can attend with no charge. The camp occupies one weekend each year, and includes over a hundred children and medical staff.

Donors pay $100 apiece for “virtual red balloons” that represent the actual balloons children release at camp, each containing a wish.

Camp Twitch and Shout lasts for one week each summer, and accepts children between the ages of seven and 16 who have been diagnosed with TS as campers. There is also a Leadership Training option available for junior counselors between 16 and 18. The camp’s director is a TS patient who understands the challenges children who suffer from TS can face in social situations, and the camp provides both full and partial scholarships to families who would otherwise be unable to send their children.

You can find a list of some other TS camps here.